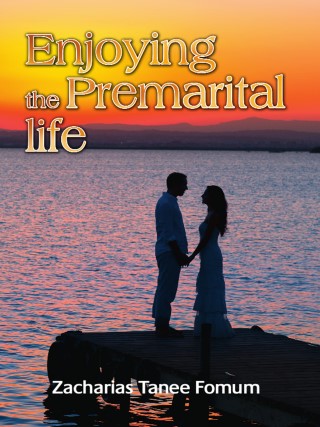 This book deals with the problems encountered in the premarital life. It looks at the sexual life, when it should be started, and the solution to the problems that arise from it. These solutions are brought forth to ensure lasting happiness.

God is the Creator of sexual intercourse. He wanted men to enjoy it, but only on condition that it happens according to established rules. However, many, willingly or out of ignorance, violate this rule by abusing their sexual lives with all forms of vices.

The kind of premarital life you lead has multiple consequences, with a real impact, on the present, and on the future. God, in His love, has given us salvation through the incarnation of Christ, His death, and His resurrection.

Illustrated by several testimonies of healing and restoration, you will find, in this book, the answer to your problem.

ZACHARIAS TANEE FOMUM is the bestselling author of more than 150 books with over 5 million copies in print. He founded Christian Missionary Fellowship International (CMFI), a missionary movement that has planted thousands of churches in more than 75 nations on all continents.

Zacharias was also a professor of Organic Chemistry with more than 160 publications in leading international journals. In 2005, his published scientific work was evaluated and found to be of high distinction, earning him the award of a Doctor of Science degree from the University of  Durham, Great Britain.

His books and the millions of people he influenced in more than 40 years of Christian ministry continue to impact the world with the Gospel today!