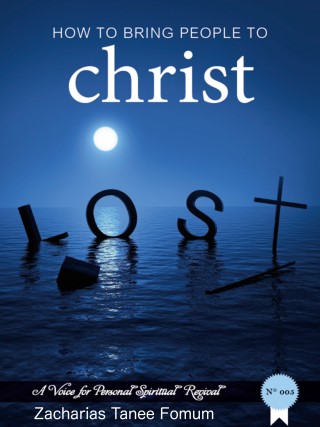 How To Bring People To Christ

There are a number of reasons why the cost of discipleship must be presented to people before they are allowed to make some commitment to the Lord.

The first reason is the example of the Lord. He demanded that the disciples forsake all to follow him from the beginning and they left all and followed Him. About total separation from sin, the Word of God teaches that all those who practise sin are lost and the Lord always took for granted that all who followed Him had said their final good-bye to all known sin. The Lord did not allow the rich young ruler to make a superficial commitment and follow Him in order to have time to think about paying the whole cost. He brought him face to face with the whole cost at once and the man made the choice of keeping his money and keeping himself away from the kingdom of God. He bid men count the cost.