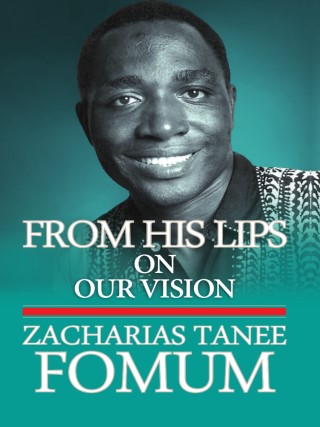 From His Lips: On Our Vision

In the vision that God entrusted to professor Zach Fomum and those He called with him, and to those who will be co-opted, there is a plan in the mind of God.

Solomon put in clearly in describing his role as an executor, and his father David’s role as a conceiver. He termed himself the hand of God and he termed his father the mouth of God. What God speaks through some, God accomplishes through others (2 Chronicles 6:4)

“Praise be to the Lord, the God of Israel, who with his hands has fulfilled what he promised with his mouth to my father David ...”

We present in this book the vision of our work for all whom God has called alongside with us to execute the vision which He entrusted to His servant Zach Fomum and which was faithfully shared with his co-workers.