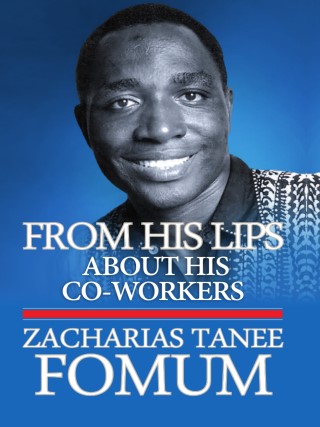 From His Lips: About His Co-workers

Brother Zach defined his role in the work of God and functioned essentially as a team leader. He understood the work of God and leadership in terms of receiving from God His will and methods for His work, but he also looked to God to receive the men and women who were God's workers in the work. These became his co-workers. He was their team leader.
Some of the co-workers and co-leaders in his team served for short periods, and some served with him a lifelong commitment. From his lips, we can enter into the spiritual environment, and into the lives of the men and women who served the Lord with him.

For the purposes of testimony, many statements for correction, rebuke, and re-alignment have been deliberately omitted because the public nature of the book is inappropriate for such a ministry of perfection and intimacy. We have shared what came from his lips to motivate his co-workers, and that reflects his absolute faith not only in God but in those that had teamed up with him. He saw the good and he built on the good, and around such a leader, many unusual men and women emerged as is evident in these anecdotes.